My experience with Alzheimer's

My experience with Alzheimer's

Parent and volunteer Carina shares her experiences with Alzheimer's Disease and why she is fundraising and spreading awareness.

In 2019 my Nana passed away, age 85, after being bedridden for almost a year due to a stroke. Before this she had been diagnosed with the early stages of Alzheimer's, we had heard of this illness but hadn’t fully understood what it was and how it would not only affect her but us as a family.

At the beginning we didn’t know what was happening and just thought she was getting a bit forgetful and we’d tease her about it. She would get my name mixed up with my aunty’s and we’d joke “that’ll be us at that age too” since we didn’t understand there was a real problem but just part of growing old.

There came a time where she wanted to go back to Madeira, she’d remember more of her younger years there and finally, we agreed. It was a year and a half after that she came back for a visit that we really became worried. She left the cooker on as forgot how to turn the oven off and left the gas on. She kept referring to me as my aunty and couldn’t tell my kids from my aunty’s even though the age difference was big and I had girls, she didn’t take part in things such as going to church with us or get very irritable and angry at us, she’d refuse to walk anywhere saying she didn’t like it when before she loved it etc.

When she went back to Madeira it was so hard to get the doctors to take our concerns seriously it took almost a year to get the diagnose. It was emotionally hard to hear how the condition would change her, we saw her moods get worse, become more aggressive and when we called we barely talked to her as she refused. She became scared of the phone saying there were people after her brain. We felt we weren’t giving her adequate help since we were so far away. We had to get a carer for her after family members took advantage of her condition and emptied her bank accounts. She worsened after having a stroke and being bedridden, she had more forgetful and aggressive moments, the carer had to tie her hands to the bed railing so she wouldn’t hurt herself or others trying to help her and she had a nurse come twice a day.

December before she passed we went to spend Christmas with her and it was very difficult with her unable to communicate clearly, not able to get up and do things for herself like dressing or bathing and feeling that the gran I knew wasn’t there anymore, she would have hated being dependant on someone else.

Disease under the dementia ‘umbrella’. What causes this disease is a build up of damaged tissue in the brain which eventually causes the brain cells to die meaning the chemicals that send messages between brain cells no longer work. The more brain cells that die the smaller the brain becomes which is what causes it not to work properly. It affects the persons memory, thinking, problem-solving, language and how they see things. 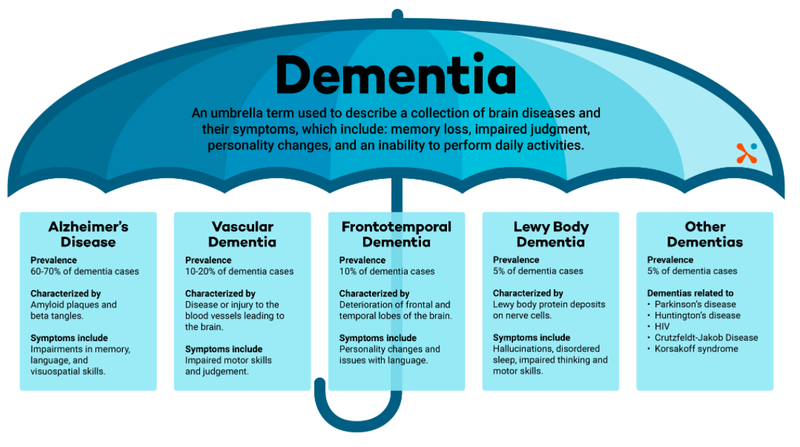 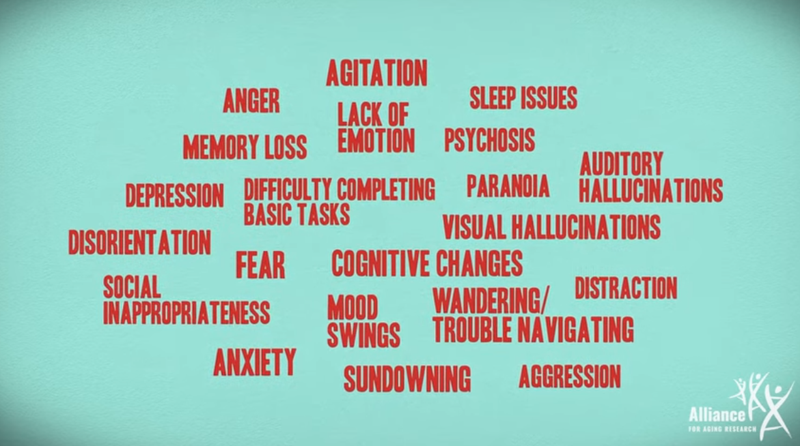 This year I’m fundraising for the Alzheimer’s society as it’s so close to my heart and I have seen a little snippet of how its like to have a loved one going through this. The financial costs to look after a person is expensive privately more support needed.

If you can donate to my Just Giving page I would be thankful.